When Was A The White Man Made, And By Whom?

In our current form (genetic composition), ‘Whites’ (ethnic europeans) developed between west ukraine, and southern russia north of the black and caspian seas, when they combined Horse, Bronze, and Wheel.

As whites moved westward they almost entirely replaced peoples.
As they moved eastward they were able to settle or conquer, but were eventually outbred and have disappeared.

Corded Ware Culture encompassed most of continental northern Europe from the Rhine on the west to the Volga in the east, including most of modern-day Germany, the Netherlands, Denmark, Poland, Lithuania, Latvia, Estonia, Belarus, Czech Republic, Hungary, Slovakia, Switzerland, northwestern Romania, northern Ukraine, and the European part of Russia, as well as coastal Norway and the southern portions of Sweden and Finland.

In this sense, whites are a fairly ‘new’ people.

(While it’s impolitic, some of us consider humans were in the process of speciation outside of africa and that this process was incomplete due to the development of metalworking -which rapidly accelerated informational, technological, and social evolution.) 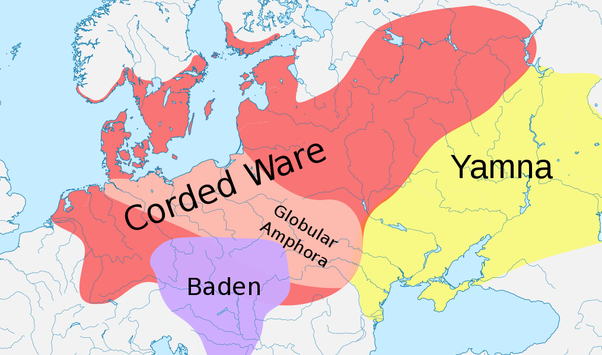