—“Libertarianism is simply marxism for the commons instead of marxism for private property.” —Curt Doolittle

I’ve been thinking a lot about this statement the past few months and I see it more and more every day now that I’m paying attention to it, every time I’m in a libertarian thread or discussion.

Coming from a libertarian-ish/Ayn Randian worldview myself for much of my life, I began to really heavily question libertarianism the past few years. Anyone who’s known me for awhile can probably tell my positions have shifted quite a bit on many things. It just became glaringly obvious to me that there were a lot of holes and discrepancies between libertarian theories and what we see happening in the real world. I know many others have felt the same way.

I’ve just started scratching the surface of propertarianism as defined by the Propertarian Institute but so far it has given me incredible clarity on the problems I was seeing before with libertarianism that I lacked the operational language to describe.

Simply put: It seems the core problem of libertarianism can be boiled down to mismanagement of the commons, and that is why marxism has run rampant through the education system, pop culture and liberal establishments.

The irony here is that when libertarians talk about the tragedy of the commons it seems they have actually misinterpreted what that means and the REAL tragedy of the commons, at least in the modern West, is an inversion of their analysis. The solutions they propose are not only incorrect but simply not possible. Many libertarians seem to misunderstand or miscategorize what the commons is or in some cases, deny that it even exists at all.

There’s a lot of things that made me begin challenging libertarianism from borders to foreign policy to trade but ultimately what really pushed me over the edge was libertarianism’s complete ineptness and total impotence at countering the societal cancer of social justice warriorism and marxist feminism.

Not only has libertarianism been an abysmal failure at using individualism to effectively thwart leftist authoritarians and SJWs, but in many ways it’s directly contributed to the problem and is even actively working to suppress real solutions to the problem.

I believe this comes down to, again, mismanagement of the commons, as well as gaping holes in the NAP which I’ve seen for a long time, but furthermore an incomplete understanding of what property actually is and inadequate property norms, which I didn’t begin to understand until coming across propertarianism.

That’s basically what libertarianism has given us.

I’m writing a 4 Part series on this that I’m putting on minds.com to elaborate my thoughts on it. I’m still an amateur when it comes to political science and legal theory but having started, run and sold numerous companies in the digital publishing world over the last decade and a half I’ve dealt with my share of intellectual property issues, so I’m writing from that perspective in addition to my other research. I know this has been a particular sore spot for many other internet marketers as well. Just based on my own personal experience and observations, I would say a loose form of libertarianism is kind of the default political philosophy for a good amount of people in the sales and marketing world I come from. It just naturally appeals to our independent entreprenur/anti-corporate personality. But I think if a lot of people looked into it more they may find the propertarian definitions of property to be much more all encompassing, useful and applicable to the real world, as I have.

Propertarianism has added a whole new dimension of understanding for me when it comes to asset classes, brand protection, diversification & portfolio management.

If you’re a business owner or individual who’s using the ideology and school of libertarianism/AnCapism as your property management company, I might encourage you to consider reevaluating your relationship with them.

They may not be caretaking your family’s future, your community, your assets and your retirement as well as you’ve been led to think. 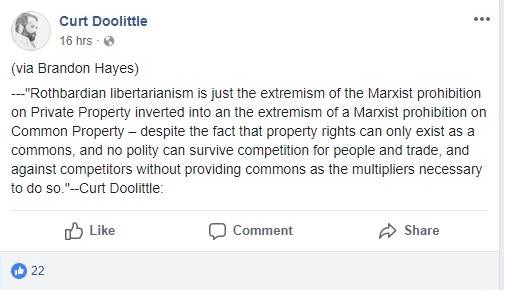 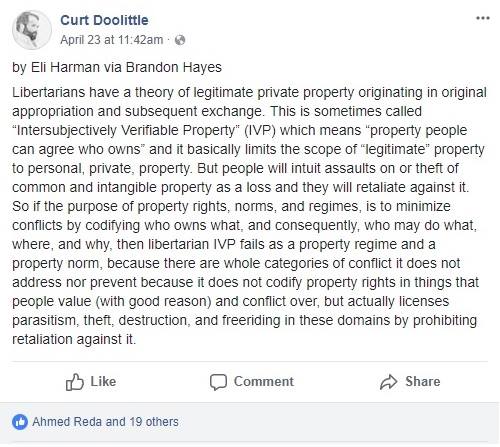 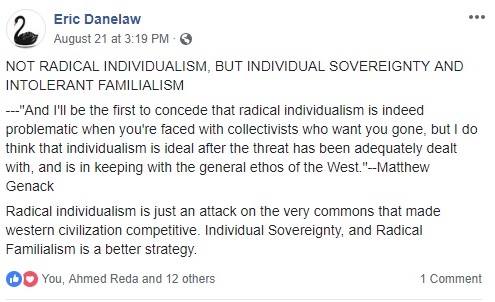 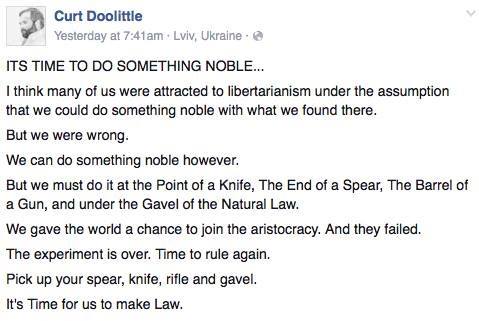 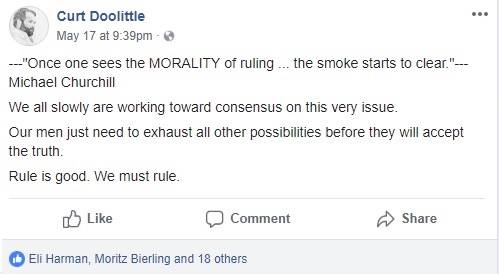 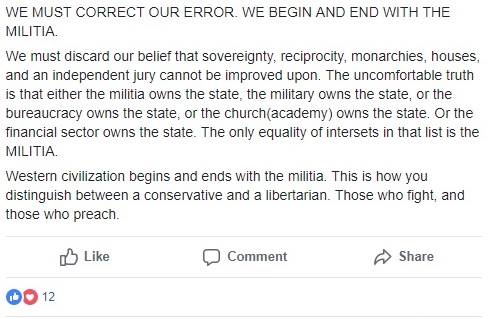 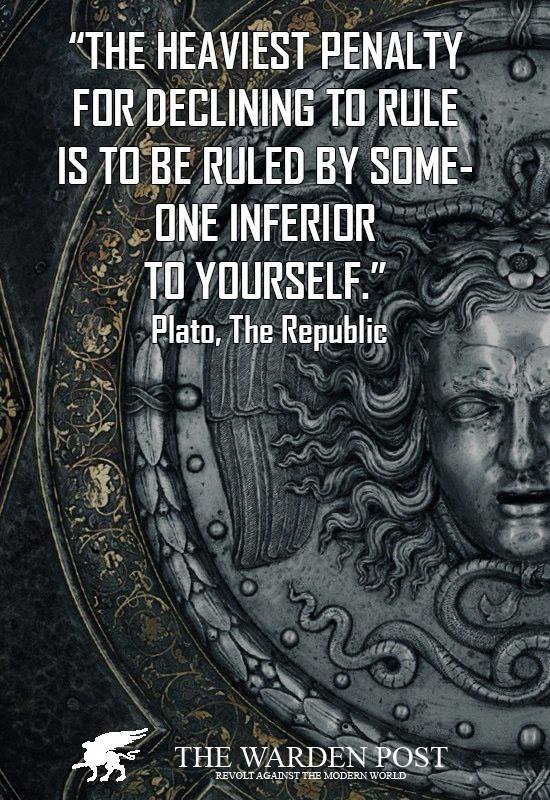