The purpose of the institute is to train a new generation of Jurists, Lawyers, Activists, and Advocates for the restoration of western civilization to its arc of history, and to prevent another fall of European civilization and another dark age of ignorance and decline – saving the west from the fate of every other civilization infected by the Abrahamic method of seditious undermining and destruction of civilizations from within.

1.Moral Authority: We have been lied to, our civilization destroyed, our culture intentionally undermined, and our kin and relations the subject of a slow constant conquest and genocide.

2.An Actionable Solution: An alternative set of institutions that are capable of inter-temporal persistence across many generations.

3.A Plan of Transition: the means by which to convert from the current state to the new state so that individuals and groups can envision that transition rather than fear the uncertainty of it.

4.A Method Of Revolution: The methods by which we raise the cost of the status quo until our solution is preferable to the current chaos.

My work is an attempt to that provide Moral Authority, A solution, A Plan of Transition, and a Method of Revolution to force a compromise we call “peaceful separation”.

In other words: In imitating of the Founders, and in repetition of the long line of British constitutional evolution, to produce a SUIT AGAINST THE STATE consisting of a Declaration of Reforms, Preface, Constitution, And Policies that reform the existing constitution, preserving the country as a going concern, and prosecuting our enemy more vigilantly than we did by removing the Muslims from Spain the Jews from England, and the Ottomans from the Balkans. 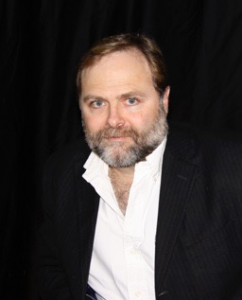 “I work as a philosopher of Natural Law, in the Western Aristocratic tradition, at The Propertarian Institute. I’ve been fortunate enough in business that I have been able change careers and pursue my primary passion.

About The Propertarian Institute

The mission of the institute is to conduct research into, and teach a program of natural law, specializing in truthful, scientific, speech, in economics, politics, and law.

Despite the fact that attacking the arguer rather than the argument is the crime of critique, I prefer to stand out in front of criticism rather than let people presume I’m making a moral claim about myself when I’m not.

These are legitimate ad hominems. They are true. Everyone who follows me knows them.

They also have nothing to do with the work on Natural Law and the Logic and Science of the Social Sciences.

I am not a good person. I succeed because I am a natural infovore in an age where borderline autism is an asymmetric advantage like no other talent in history; hyper-competitive to the point of ruthlessness; predatory, creative, and driven often to the point of physical and emotional consequence. That is all.

I am, however, somewhere between a good and great philosopher of jurisprudence, testimony, and the natural law of cooperation, and my work will endure for centuries for no other reason than I am fortunate to live in an era where many scientific investigations despite many failures, have falsified a new set of pseudo-religions and found myself by accident with a correct diagnosis of the disease – purely by accident.

I am also not a normal person living a working-class lifestyle with little exposure to the power structures and systems of cooperation and conflict in civilizations across the world and across time. But I am acting in the interests of the laboring, working, and middle classes who have been abused on a scale not seen since Muslim slavery.

King of the Hill Games

(the problem of social science surveys )

I work by aggressively attacking ideas to see if they can survive. This includes attacking cherished myths, traditions, and institutions, and all the values that accompany them. Observing this process can easily offend you.

I work in public like a village blacksmith where you can peer into the forge and see the experimental work being done â?? good and bad. Although, depending on the audience it can feel much more like a bar, gym, or locker room.

Testimony is a very special thing and you can learn a lot about the world by following me. But it does require that you keep in mind that I am constantly using the community as an experimental pool in which to test ideas and seek criticism.

I am slaying a few hundred years of sacred western ideas, and doing so mercilessly. This often requires that I experiment in everything from very rigorous philosophy, to the most general of aphorisms and narratives. Some of which are guaranteed to offend you. (And me sometimes, too.)

But my goal is to capture what made the west competitively successful in our history in formal logical and scientific terms â?? for the first time, to capture it as an analytic political philosophy, recommend formal institutions, espouse it as an ideology, and provide moral authority for revolution, the strategic and tactical means of conducting that revolution.

I am not so much a populist as an engineer. Its not my job to be popular. It’s my job to discover the not false and not irreciprocal..

I have developed the King of the Hillstrategy of discourse (teaching) because it is THE BEST method of teaching (masculine) men. I’ve been doing this since we used 300 baud dial-up modems and 80 character monochrome screens. And I learned it early.

Men can attack me and my ideas, without acting vulnerable, or submissive, or begging for attention, but by exercising their dominance. And they can fail and no one cares. This is actually the optimum method of reaching men: we create a dominance game of low risk. We learn from playing this dominance game. The secret is to reward dominance expression if itâ??s backed by insight, argument, or wit. And to stop on effeminate, Abrahamic, and non-argument.

My role in this game is to play king of the hill, and say “come get me“. I provide symbolic rewards (sharing quotes), and meaningful rewards (investing time in those with potential), and lifetime rewards (skill development).

That is why this game works.

The internet does change. Men don’t change. The number of less than sufficiently educated men with access to digital discourse, and an unhealthy supply of unexpressed dominance, simply increases. The internet of such men requires street fighting, and I try to create a locker room for street fighters. In that locker room, we play king of the hill. WE PUT DOMINANCE PLAY TO CONSTRUCTIVE USE. If you want an infant-friendly theatre watch TED videos. It’s a cult of pseudoscience.

I teach argument. I teach men. (And the occasional woman with character, intellectual honesty, and brains.)

You might not realize I know this is a game, and that we are playing a game until you meet me in person or talk to me in an interview â?? because Iâ??m not very much like my online persona.

This is educational entertainment and theatre.

I read science, economics, and history and I think most philosophy by almost all philosophers is little more than simply semi-secular theology or empty verbalism for the purpose of middle-class criticism of the status quo.

So in general, except for a few cases, I view philosophy largely as a poor investment as likely to do one harm as good just as philosophers have done as much or more harm as good. I would go so far as to say most philosophers are seeking to be creative liars.

There is something in the content of the neutral point of view we find in encyclopedias. And aside from those works, I found the Germanic Fairy Tales, Pinnocchio, Johnny Tremain, Ivanhoe, Harlan Ellison, Heinlein, Ben Bova, and all the postwar science fiction authors fairly influential – they were all libertarian.

I came to philosophy from artificial intelligence by way of Hayek and Popper – who were the first thinkers to suggest that we must study man using information not norms – just as we study physics now as information not forces.

But Aristotle created a framework for the study of knowledge, and that framework has persisted throughout the centuries: existence, epistemology/truth, ethics, politics, aesthetics. This structure provides a hierarchy that as from the universe to the self to the interpersonal to the political to the universal.

So when I wanted to create a language for the unloaded analysis and comparison of competing political strategies, and in particular to allow western aristocratic conservatives to rationally argue their strategy, I chose the structure of philosophy to do it because it’s the established language for discourse.
The big change for me was popper and Hayek, and when I heard Hoppe lecture I knew something wasn’t quite right but that the answer was in there somewhere.

It took me years to get it right. By 2009 or so I had everything but one very hard problem. And solving that problem was the watershed: how to demand warranty of due diligence in matters of the commons.

So while I write what we call philosophy, Propertarianism solves the Wilsonian Synthesis and united science, philosophy, morality, and law.

What I am writing is natural law.

The Only Possible Epistemology, Ethics, and Politics of Sovereignty.

—“Aristotle encouraged Alexander toward eastern conquest and Aristotle’s own attitude towards Persia was unabashedly ethnocentric. In one famous example, he counsels Alexander to be “a leader to the Greeks and a despot to the barbarians, to look after the former as after friends and relatives, and to deal with the latter as with beasts or plants”.—

Was this helpful? Yes No
« IndexOur Choices Going Forward »