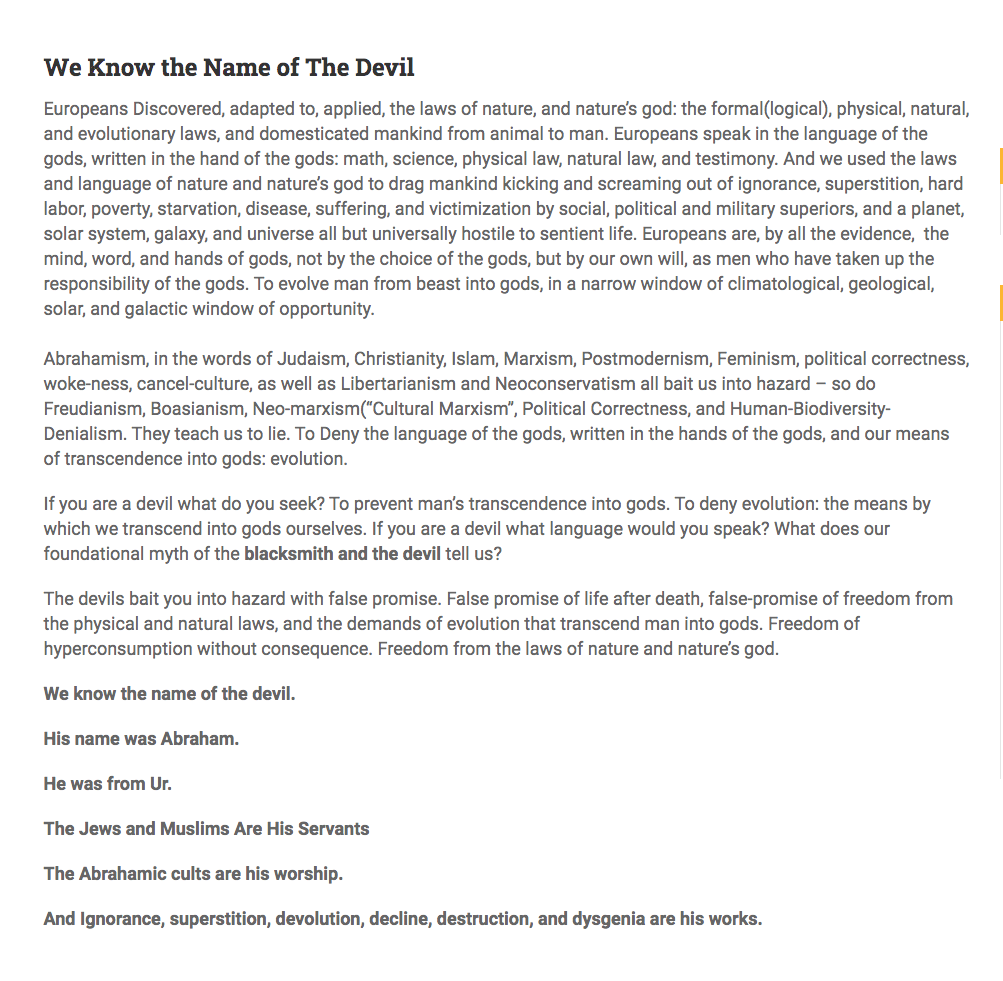 The only ‘out’ Christians have from the Abrahamic method of deceit, is that Jesus was the son of a Roman soldier and Jewish prostitute, who after service in the legions, sought to foment rebellion against the new aristocracy and the old priesthood by a conspiracy of familial love.

This conspiracy familial love was the solution to the causal problem of social cooperation at scale: the prisoner’s dilemma of whether to cheat, or not, in a land of endemic cheaters.

The personal, social, and political value of Jesus’s teaching is that it made status and character available in ‘the new era of reason’ to those without military prowess, wealth, cunning, or noble family. And that Paul is the founder of the cult that created cult of fraud and magic in his name.

The aristocracies had treated the peasants as just another set of domesticated animals although the Romans created a pathway for people of character and ability from a slave, to serf, to freeman, to a citizen, and even though rare, to a sovereign.

Paul, as a Roman citizen, able to travel roman roads, converted this movement into a cult of revolution against the aristocracy. Not as a solution to the problem of providing status to the lower classes, but as a means of undermining civilization itself and returning it to Semitic peasant ignorance – as animals.

The Semitic Group Strategy & Method of Warfare: Invasion, Sedition by Social Construction of False Promise of freedom from formal, physical, natural, and evolutionary laws, by casting host elites as oppressors rather than evolving by adherence to those laws: natural selection.

It’s not a ‘revolutionary ethic’, it’s not just Critique, it’s parasitism upon, undermining, sedition, and warfare against host people.

I Teach Legal SCIENCE, not Sophistry and Deceit. So... What Is Law? What Is Crime?

We are the only political 'party' with actionable answers to the conflict of our age.