IQ is just as scientific, just as accurate, and just as descriptive as height or running speed

IQ attempts to measure (g) which is your neurological response time. That’s it. It’s very simple. How much information does it take for you to identify a pattern and evolve a neurological connection before exhaustion of the pathways? It’s that simple.

IQ is a predictor of not FAILING. Conscientiousness is more influential in success. We have this emphasis backwards. We have at least four faculties: Body, Intuition(Brain), Conscientiousness(Mind), and Intelligence(Reason), You can train body (fitness), brain (anti-neuroticism(mindfulness)), conscientiousness (discipline), and intelligence (education) – and we don’t – we pretend that people don’t need training in every one of those faculties.

And no, there is no subjectivity in these tests, they are painfully objective and the very best measure in psychology. People just confuse the difference between general rate of learning (IQ) and time at a context (experience). IQ will always win over time, but only OVER time.

The tests measure neurological response time (reaction time) in every single dimension we have been able to discover as a faculty in the brain. The brain is just a neural network. Some neural networks “have better road quality than others, so stimulation gets better mileage.” 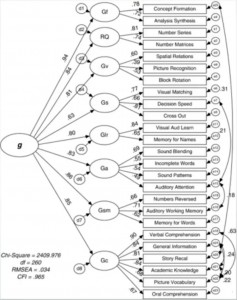 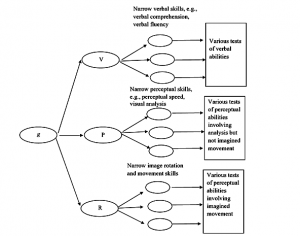 So people of the same relative age tend to cluster by their neurological response time. As such IQ = Score of accumulated patterns averaged across verbal and spatial, and then divided by age, to accommodate for experience gained by age. It’s simple, it works, always. Period.

The difference between the races is a fact, but that fact can be abused. We know why the races evolved different intelligence. The information has been ‘canceled’ since the second world war. And ‘woke’ is a continuation of that process of ‘canceling’ the truth.

The debate is over.

Now we have to solve the problem. 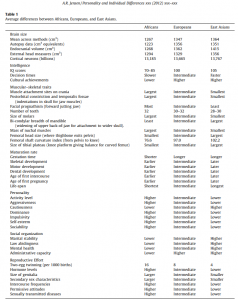 IQ is not a social construct nor is race. IQ is the most scientific measure that we have. And the difference in the races is due to different degrees of self-domestication over the past 50 thousand years. Attached diagram Race diffs in underclasses unfit for market modernity. 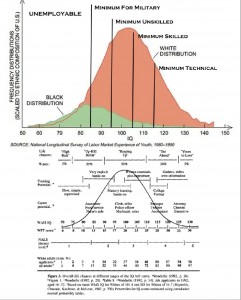 There is no cure for the class difference between whites-asians vs blacks-browns. Unless blacks-browns return to producing their own elites,financial class, middle class, the community will remain a permanent underclass while the upper brown-black continues to ‘defect’ to whites.