“Man is Compatible not Equal”

[I]ntertemporal Division of Perception, Cognition, Knowledge, Labor, and Advocacy
Humans form a division of perception in that progressives and libertarians have specialist moral intuitions suited to their roles in the community, whereas conservatives give equal weight to the six moral dimensions of (care, fairness, liberty, loyalty, authority, purity). These differences on moral intuitions suit individuals to different roles in a polity:

Humans form a division of knowledge with each containing local information about their inventories of property and specialist knowledge upon which others depend. As we depend more upon the memories and actions of third parties, trust becomes necessary for complex information networks to evolve between humans. 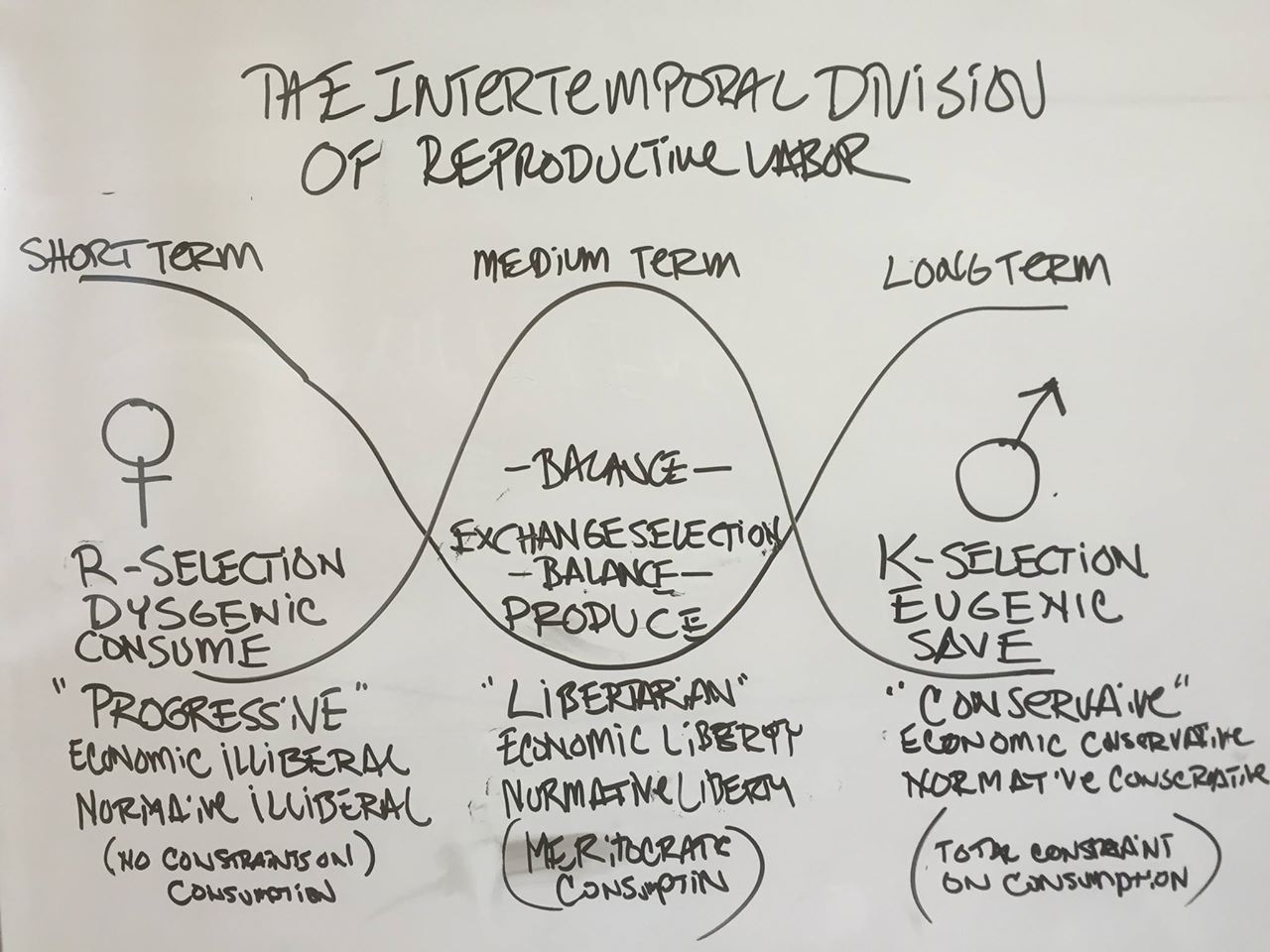