Terrain of the World

The World During the Ice Age

The Next Ice Age

According to Milankovitch theory, the advent of the ice age depends on the coincidence of the following three conditions:

Tilt or Obliquity: Currently, the tilt of the earth’s axis or its obliquity is at 23.5 degrees. But every 41,000 years, the obliquity shifts between low (22.1 degrees) to high (24.5 degrees). When the obliquity is at its lowest, the higher latitudes don’t receive much sunlight, leading to increase in ice cover over these latitudes.
According to the Milankovitch criteria, to predict the next ice age, we can use the above information and find out when the next ice age is due. The earth’s orbit is almost circular today and 10,000 years from now, the orbit will be an ellipse. Obliquity will be at its lowest in 12,000 years from today while the precession would have reversed in almost10,000 years. So, we can predict that almost 10 to 12 thousand years from now, a new ice age may begin.

The Problem of Prediction: Only 11,000 years have passed since the last Ice Age, so scientists cannot be certain that humans are indeed living in a post-glacial epoch instead of an interglacial period of the Pleistocene and thus due for another ice age in the near geologic future. It’s possible that an increase in global temperature, as we’re experiencing now, could be a sign of an impending ice age and could actually increase the amount of ice on the earth’s surface. Why?  Because the cold, dry air above the Arctic and Antarctica carries little moisture and drops little snow on the regions. An increase in global temperature could increase the amount of moisture in the air and increase the amount of snowfall. After years of more snowfall than melting, the polar regions could accumulate more ice. An accumulation of ice would lead to a lowering of the level of the oceans and there would be further, unanticipated changes in the global climate system as well.

Conclusion:  The next ice age will occurr anytime between immediately and ten thousand years from now.

Precipitation Around The World

To serve our purposes this map could be a little clearer, but notice that the earth’s wobbles but it’s tilt is 23 degrees at present, and the pattern of precipitation is 12 degrees.  This means that with normal ocean rotation, western europe is warmer and wetter, and east asia is colder and drier. Meanwhile, between the solar radiation across Saharan africa the arabian peninsula, central asia, and the himalayas, the rotation of the earth, the pitch of the earth, and the circulatory patterns of the oceans, that glaciation, cold, temperate and hot climates are distributed unevenly.

Fresh Water – Rivers of the World

In an effort to illustrate the many rivers and streams of the fertile world, in contrast with the drier regions, this map crosses over into overrepresentation of smaller rivers and undrerepresentation of the major rivers. That said, the point we want to make is that while we live in an agrarian age, and we live in a land of territorial states, that mankind evolved near, and populated the world, by following waterways. Not just because mankind requires fresh water, but because the animals we fed on from the fish in the waters, to those that came to drink from it did also.

Transportation – Navigable Rivers of the World

Arable Land of the World

Less than five percent of the planet consists of arable land. The rest is artic, tundra, desert, or mountainous, or otherwise difficult to farm. Note the concentrations in china, india, europe, and north america versus south america, africa, australia and east central asia.

Soil Quality Around The World

This map of soil quality provides a bit more precision than the one above for those areas that are arable, but gives the wrong impression otherwise. I’ve added it here to show the difference between sout asia (india), se asia, and particularly northeast china to call attention to the fact that the high population of these regions isn’t cultural it’s geographic. 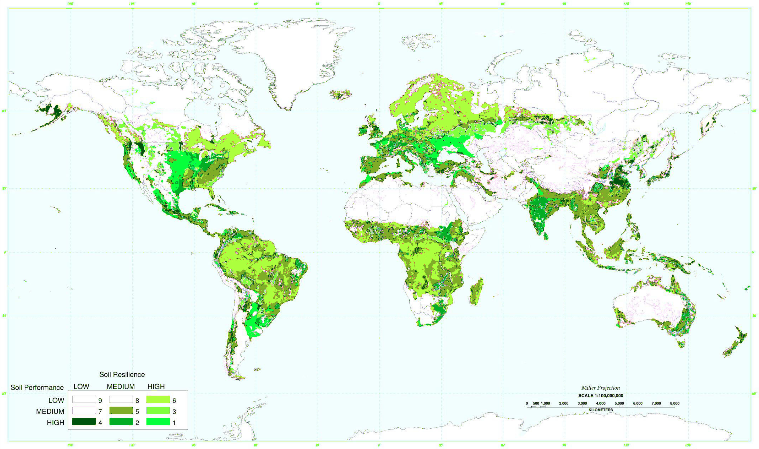 Climate Around The World

Solar Radiation Around The World

The Continents: The dark orange area at 1500 kWh/m^2, is largely between 35 degrees and 60 degrees latitude, with southern china extending south to 20 degrees. 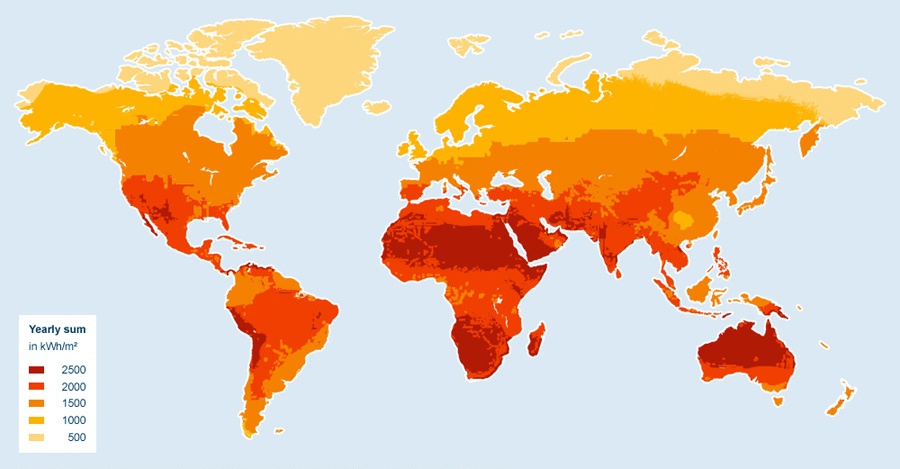 The Planet:  The map of the full planet shows us the oceans as well. The red hot-spots are the Andes mountans in south america and the Himalayan mountains in South Asia from Pakistan (old India), to India, Nepal, and Bangladesh in the south, and Tibet in the north.

Continents of the World

Regions of the World

Subregions of the World

Southwest Asia, subregion of Asia, bounded on the west by the Mediterranean Sea, the Sinai Peninsula, and the Red Sea and on the south and southeast by the Indian Ocean and the Persian Gulf. The region reaches the Caspian Sea and the Black Sea to the north.

Genetics of the World

Races of the World

Ethnic Groups of the World

Civilizations of the World 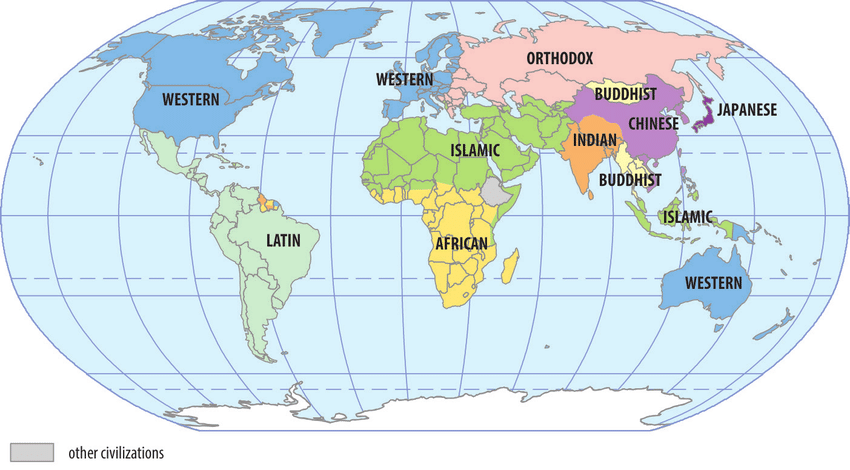 Relative Sizes of the Countries of the World

This is the most intuitive map of the world for the purposes of country comparisons. 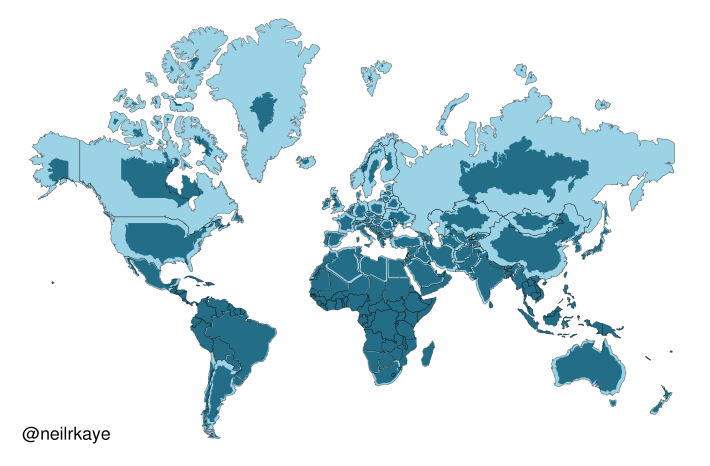 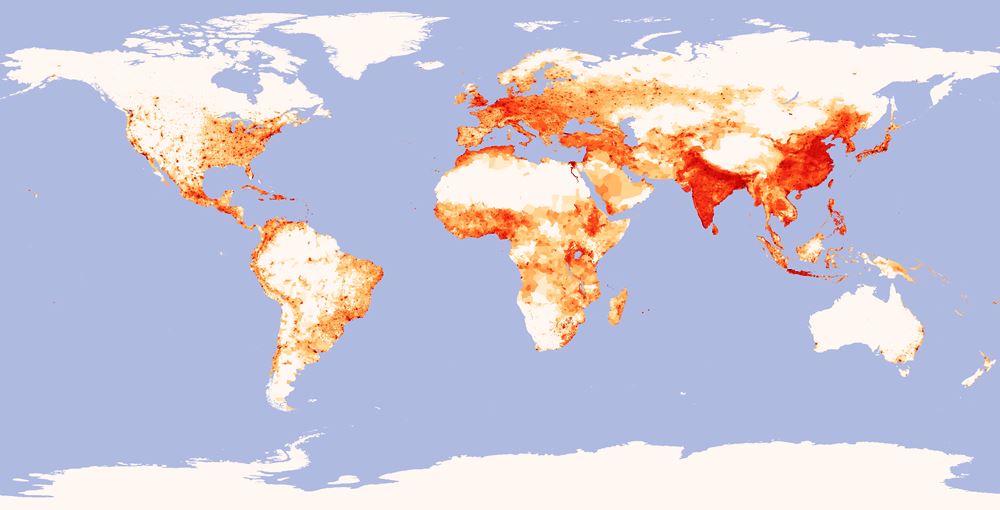